Ten reasons for nurses to vote this November

Have you voted already? Are you planning to vote?

On this blog we’re not in the habit of telling you what to do. You’re smart, you know what is right for you – and we know you’re already dealing with enough people who feel they know what you ought to do. We tend to just provide some practical information you might need, and share stories that might inspire or amuse you.

But last week we did launch this appeal to our readers: Nurse, vote!

We’ll even be giving away free gifts from our NurseSwag store, if nurses send us their best Election Day selfies. 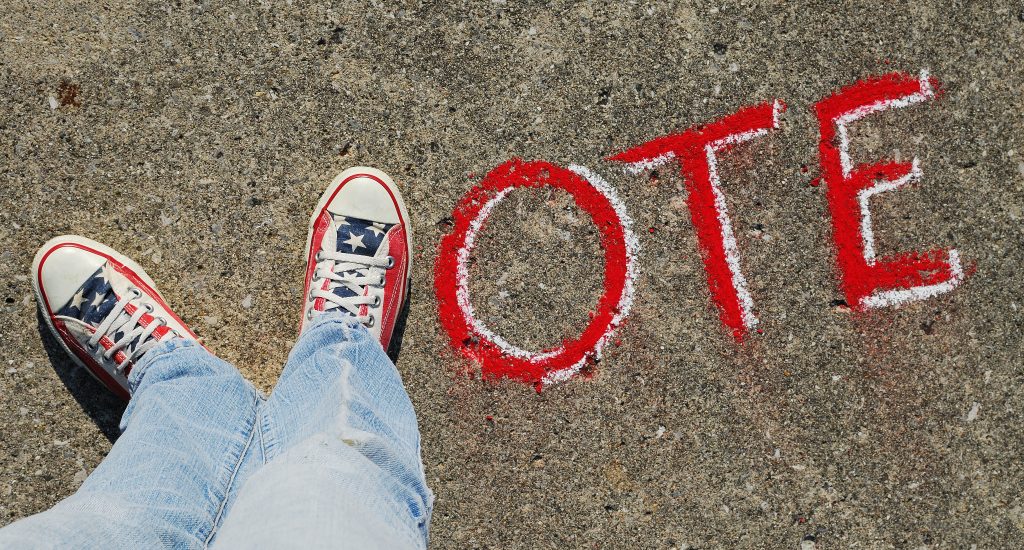 We highlighted some of the major health care issues politicians are fighting about in our last post. The fate of the Affordable Care Act. Its provisions on coverage for pre-existing conditions. Medicare expansion, which is on the ballot in four states and at stake in at least six more. The idea of creating Medicare-for-all.

But there are countless other laws and amendments the politicians in Congress or your state legislature could draw up that don’t get anywhere near the same spotlight, but could affect your everyday work in major ways.

To illustrate this, we’ve gone through everything we’ve written about these past few years, and made a list. These are just some examples of how your vote could matter – a lot! 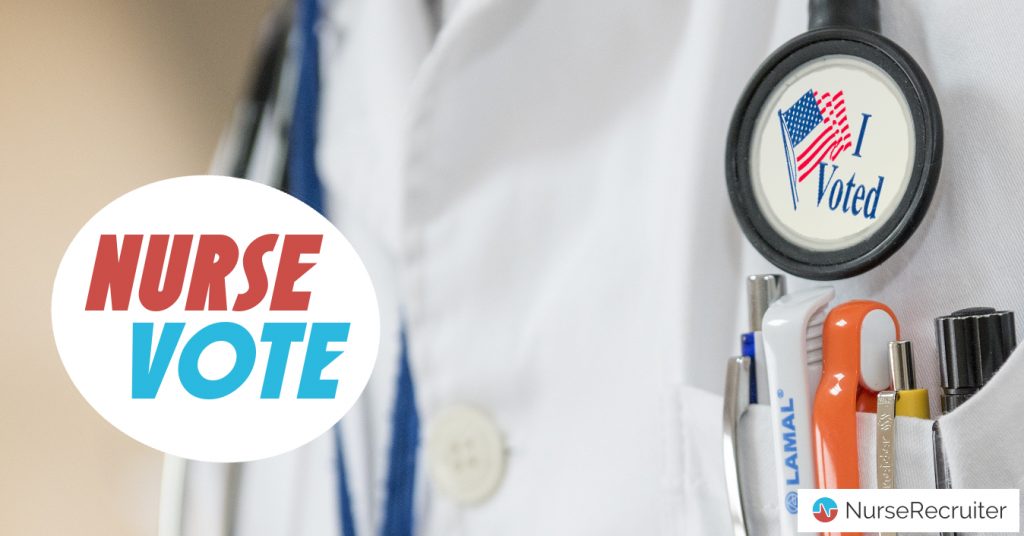 There are many more examples. In Maine, for example, voters can use the ballot to “approve what would be the nation’s first universal at-home care program“. Maybe you can tell us about others in the comments! But one thing is sure:

Wherever you stand on the partisan divide, your vote matters. So cast your vote – a nurse vote!

I am a conservative voter & have voted for44 years! I do not support “Obama Care” & I want less government interference not more. Nursing is now more about the computer than taking care of the patients. Nurses have to do so many things besides taking care of patients. Patients are generally sicker when they do get admitted & we have nurse managers that are right out of school telling experienced nurses how to do our jobs! Most of those managers don’t even like patients! They think they are to good to do patient care. It is sad.

I live in OH and have been a nurse for over 40 years. It’s sad to watch the healthcare system change priorities. It’s not about taking care of the sick and injured any longer; it’s about making as much money as possible. It’s about getting those survey scores up so they can be reimbursed! Nurses and other healthcare workers are under paid and overworked! Most of us are chronically injured and we are constantly dealing with patients who are confused and physically attacking us. The healthcare system touts that they are interested in employee safety—but there are no metal detectors in the hospital I work in so anyone can walk in at anytime, carrying a knife or gun or worse. It’s a very scary world we live in. I am so glad i’m at the end of my tenure and not the beginning.