Older nurses have helped stem the nursing shortage. But that means the workplace needs to change.

“A perfect storm is coming for nurses,” we wrote last week. Right when the number of senior citizens who need complex medical care is about to rise sharply, a million baby boomer RNs with a deep and long experience in nursing are set to leave the profession.

The costs could be enormous. But they can be mitigated. How? In part 2 of this blog post, we tackle the key questions.

Over the past decade, the decision of many experienced nurses to delay their retirement made a huge difference, and helped avoid an immediate nursing shortage crisis. So what can employers do to make it easier for experienced nurses to keep working? What do the nurses need who would like to stay on, but struggle with working conditions?

Responsive staffing policies can also help retiring nurses pass on more of their expertise before they retire. What can employers do to make sure a new cohort of nurse leaders is ready to take over?

Part 1: Pride, passion, experience and expertise: older nurses have been helping to stem the nursing shortage, but a crisis looms
See also: The future face of nursing? This nurse is very experienced indeed

What matters most to nurses? What will drive them away? 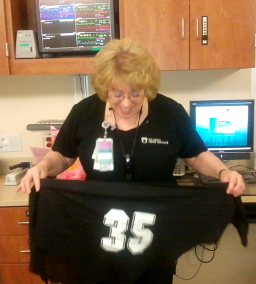 Wanda Purvis, RN, told us about the night shift she celebrated 35 years on the job: “I made a cape and posted 35 on it. I wore it the entire shift – I had a blast. I am proud of my long term employment”

What keeps nurses motivated, the Medscape Nurse Career Satisfaction Report has shown, is the sense of being good at what they do, pride in being a nurse, and simply enjoying their jobs. Most nurses are also happy with their salary, but very few of them point to the money they make as the most satisfying aspect of their work.

Instead, many of them mention “flexibility in job hours, enabling them to spend more time with families,” the autonomy they enjoy in their work, and “the intellectual challenges of nursing.” Smart employers would focus on boosting those advantages.

Making the most of the experience which older nurses bring to the table comes down to the intangible as much as the tangible. Trust and respect, as well as practical adjustments.

They should also keep an eye on what chases nurses away. One in five nurses with over 21 years of experience say they would not choose nursing again if they could start over. Those nurses were also more likely to say they would retire early if they could. The number one frustration of Registered Nurses is the amount of documentation they have to do. But there is more:

“Many nurses do not believe that they are appreciated by administrators, and they believe that those at the top do not understand what they do or the resources needed to do the work. […] Many nurses are unhappy with having to take call or work overtime without pay, or being obliged to work rotating shifts. […] A lack of support and of respect were prominent themes in survey respondent comments.”

Taking these issues seriously wouldn’t only help persuade the nurses who are approaching retirement to stay a few years more. It would help with a bigger retention problem in nursing. No fewer than 20% of new nurses quits within a year, The Pew Charitable Trusts discovered.

If you think about how difficult and costly nursing school can be, and how much hospitals spend on recruiting and training new nurses, that’s a huge waste of investment. One researcher who tried to calculate the costs of nurse turnover across the US “estimated the total cost of turnover to the industry at a staggering $12.3 billion,” the authors of the Robert Wood Johnson Foundation (RWJF) study Wisdom at Work: The Importance of the Older and Experienced Nurse in the Workplace recalled. 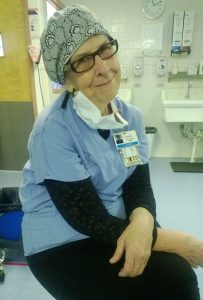 There are specific issues to keep in mind when it comes to facilitating the work of aging nurses. Registered nurses who are no longer able or willing to work full time, for example because of health reasons or caregiving responsibilities, may be eager to take on part-time work as “an incremental step to full retirement”, the study on nurse practitioners pointed out.

Marni Kuyl, director of health and human services in Hillsboro, Oregon, told the RWJF a few years ago that six of her department’s 25 nurses were over 65, “and several hold part-time positions as a kind of ‘stepping stone’ to retirement”.

Right now, the schedules of older health care workers look a lot like those of their younger colleagues. Many work more than eight hours a day and 40 hours a week, including successive night and weekend shifts.

Nursing managers have also recommended “strategies such as career breaks,” where nurses can return to the job after taking a break for half a year, like Florence Rigney did, or even a couple of years. The literature review on older nurses also described options like job sharing, casual hours, and part-time work for those who want to re-join nursing.

More flexible scheduling would help too. Right now, Jennan Phillips and Rebecca Miltner wrote, the schedules of older health care workers look a lot like those of their younger colleagues. Many work more than eight hours a day and 40 hours a week, “including successive night and weekend shifts”.

That doesn’t encourage nurses to keep working, but it’s also plain dangerous. Research about older workers has shown that the risk of incidents and injuries is higher on evening and especially night shifts, and increases even more when you work several night shifts in a row. Phillips and Miltner mention one study which found that nearly a quarter of nurses with at least 28 years of experience who had been working long hours for five years straight had been injured at work.

Outdated practices like the so-called “proper body mechanics” that still force nurses to manually lift and move patients, and cause them to “suffer more debilitating back and other injuries than almost any other occupation,” need to be phased out.

No wonder that almost half of health care workers over 50 would prefer to work fewer hours — but it’s an issue for younger nurses too. Shifts of up to twelve hours are not just causing injuries and illnesses, but “fatigue-related nursing errors” as well. They also add to high turnover rates, as nurses who work long shifts “report more burnout and greater job dissatisfaction, and are more likely to resign”. That doesn’t just put nurses and patients at risk, it hurts the bottom line of employers too. 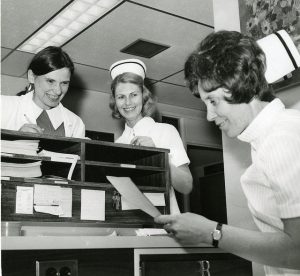 Four decades of experience: Many of the nurses nearing retirement first started working in the 1970s

“How Should We Prepare For The Wave Of Retiring Baby Boomer Nurses?”

Investing in changes to encourage experienced nurses to stay on can save money and arguably lives, but nobody can expect them to keep working as long as Kay Hodges or Florence Rigney.

That’s why last year’s Health Affairs piece by Buerhaus, Auerbach and Staiger warns that “now is the time to anticipate and prepare” for the oncoming retirement wave. They lay out four things hospital managers and executives must do to anticipate and prevent any negative consequences:

The right place for the right nurse

There are other strategies that would help persuade nurses to stay. Ergonomic changes to the workplace and accommodations like computer screen magnifiers are needed to support an aging workforce. Outdated practices like the so-called “proper body mechanics” that still force nurses to manually lift and move patients, and cause them to “suffer more debilitating back and other injuries than almost any other occupation,” need to be phased out soon.

To make working longer more feasible and attractive, employers can also strategically redesign responsibilities. Both the report by Phillips and Miltner and the international review by Thendral Uthaman and colleagues recommend reassigning aging nurses to less physically demanding jobs that draw on their knowledge and skills. “Older and more experienced RNs could be offered opportunities to fill new roles in community engagement, patient navigation, or education and prevention,” Buerhaus and colleagues suggested.

Nurses who feel they are “recognized for their expertise and credited when they do a good job” are nurses who stay. 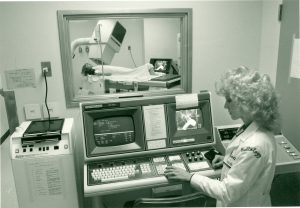 At NYU Langone Medical Center in New York City, which employs dozens of nurses over 65, chief nursing officer Kim Glassman told the RWJF that they work to “retain aging nurses in whatever way we can, whether it’s maximizing technology or putting them into roles where they can serve as educators or mentors” to new nurses. 71-year old Kathleen Schwartz recounted how she had worked as a labor and delivery nurse until she was 68 when, after several hip replacements, “she decided to take a desk job tracking the progress of new mothers and their babies after they left the hospital”. Now she was no longer considering retirement.

Making the most of the experience which older nurses bring to the table comes down to the intangible as much as the tangible. Trust and respect, as well as practical adjustments. Many older nurses would love to be entrusted with “greater empowerment and autonomy”. Continued access to training, education and professional development has proven to help persuade nurses to stick with an employer.

In the end, as Uthaman and colleagues wrote, nurses who feel they are “recognised for their expertise and credited when they do a good job” are nurses who stay.

Hi, being an older bedside nurse i am growing weary of working 3 twelve hour shifts in a fast paced ICU. Therefore I was wondering if you ever recruit for remote work from home type positions. I am currently seeking this type of position. Thanks.