Does getting there the hard way make for the best nurses? – Nurse Recruiter 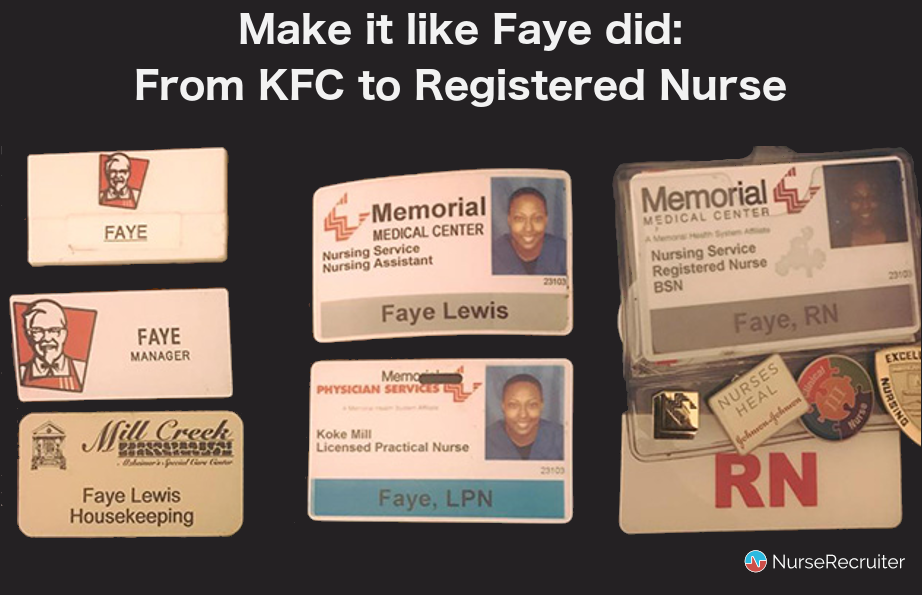 The first job Faye did was serving fried chicken at KFC. She worked her way up to manager, even as she raised her son AJ and enrolled in college. Got a job as a Housekeeper at an Assisted Living Facility. Completed her CNA training. Went on to complete the LPN program too, in nine months, while still working as KFC manager. Soon as she got a job as LPN, she also went back to school again to get her Associate’s Degree in Nursing. Then, while doing hospital shifts, got her Bachelor Degree in Nursing too. Now, she’s pursuing a Doctorate Program to become a Family Nurse Practitioner.

But as impressive as that story of continuous self-improvement and educational aspiration sounds by itself, that’s not even the half of it. Faye’s full story, laced with tragedy as well as perseverance, is so much more awe-inspiring still than the picture alone suggests:

It wasn’t easy. She worked as an LPN during the day and at KFC during the evening – all while going to school, raising her young son, and grieving her lost family members.

Ever since Faye Lewis’s story went viral last year, people have been responding to it, not just to share their own stories, but also discussing the questions they raised. What do you think?